Your Home & #1 Source for the Vampire Viking & Telepathic Barmaid!

[BEN] Mid 20s to mid 30s. Ultra charming, ultra handsome. Needs to feel like the kind of guy women and men are completely drawn to, but also needs to possess a low-key quality, a southern gentility, that Sookie would find familiar and comfortable. His dark side, however, is dark, dark, dark…SERIES REGULAR. ONE-YEAR DEAL. CAST (ROB KAZINSKY) 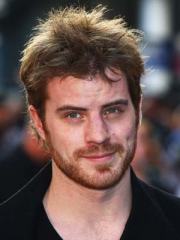 [NICOLE JANNSEN] Bi-Racial (African American / Caucasian) Mid 20s. A true bleeding heart. She’s not at all concerned with money, she’s concerned with the common good and doing what’s right. Probably went to Bryn Mawr and drives an old Saab. Life hasn’t beaten her down yet. She and her band of well-meaning liberal advocates model themselves after the civil rights activist “Freedom Riders” of the Sixties. A do-gooder to the core, Nicole’s naive optimism is charming but ultimately vaguely idiotic and dangerous. CAST (JURNEE SMOLLETT-BELL) 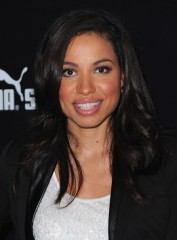 [CREIGHTON BURRELL] Governor of Louisiana (Late 40s-60s) A classic good ol’ boy politician. Governor Burrell has despised vampires since his wife ran off with one, leaving him as a single father to their only daughter, Ali. Governor Burrell is a politically savvy and perhaps overly ambitious fella who tends to let his personal aspirations overshadow his humanity…SERIES REGULAR. CAST (ARLISS HOWARD)

[AUTHORITY GUARD #1] This armed and fanged Authority guard vamps into the AHO Control Room and sees something he can’t believe…CO-STAR.

Icon of the Month

Welcome to Eric & Sookie Lovers! A fansite and forum dedicated to the couple; Eric Northman and Sookie Stackhouse! Otherwise known as, the Viking Vampire and Telepathic Barmaid - who are featured in Charlaine Harris's Sookie Stackhouse novels and the hit HBO TV series, True Blood! Find all of the latest news, information, spoilers and images related to our favorite couple - as well as the actors who portray them; Alexander Skarsgård and Anna Paquin! We're your #1 source for anything - Eric & Sookie! If you love Eric & Sookie, this is the place for you! We hope you enjoy your visit!

The top banner was made exclusively for us by Jamie_Rose89! Thanks Jamie!

Winning Video of ESL’s “Use That Tune…And Win” Contest!

Icon of the Month Poll

Vote for Eric & Sookie Lover's
Icon of the Month here!
We will use the winner as our site Icon on our Facebook, Tumblr & Twitter pages! Thanks for voting!

Support Eric & Sookie with our exclusive bumper stickers and our specialty license plates! Here are some samples:

Visit The Amanda Foundation Zazzle Store for Alexander Skarsgard merchandise by Kristin Bauer van Straten! All proceeds benefit the work of the various animal rescue services offered by the foundation including in-house hospital for veterinary care, and a mobile spay and neuter clinic. Please click on the image below to check out the The Amanda Foundation's Official Zazzle Store!

Where Are You From?

Eric & Sookie Lovers is a fansite and forum. We are not affiliated with HBO, Charlaine Harris, Alexander Skarsgård, Anna Paquin, Alan Ball or any other entity responsible for bringing this couple to life. We are not in personal contact with any of the person(s) listed above. No copyright infringement is intended, and no monetary compensation is gained. All material is credited to their respective owners. We are simply a place for fans of the couple; Eric Northman and Sookie Stackhouse. If you have any problems with the content of this site, please feel free to contact us by using the link at the top of the page. Thank you for visiting.

Support Us Through PayPal